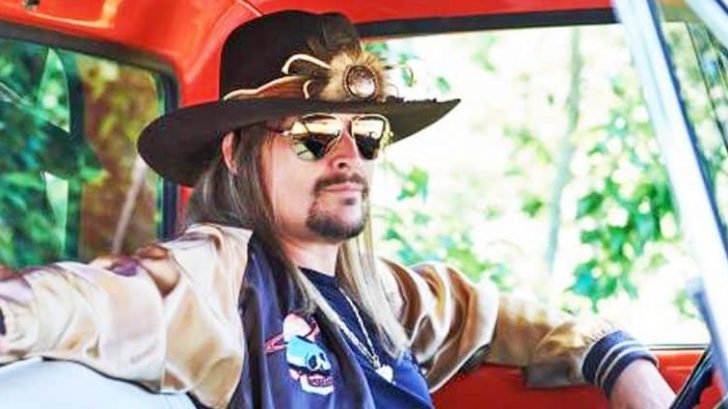 On his brand new album Sweet Southern Sugar, which was dropped in November 2017, Kid Rock continued to do what he does best – push the boundaries.

There’s no way you can label Rock as a rapper or a rocker or even a country singer. He takes influences from every genre of music and makes his own sound that is quite different from any entertainer out there. It’s what he’s done for over two decades, so why stop now?

Hanging at the Derby with @nikkisixxpixx @realtravistritt and our beautiful ladies!! #kentuckyderby #kidrock

Sweet Southern Sugar is the first album he made in Nashville thanks to his record deal with Jason Aldean‘s Broken Bow Records. On it includes ten tracks that are rock anthems, bluesy tributes to hillbilly living, rap-rock songs, numbers that could pass as classic rock tunes, and even a gritty 1960s Motown cover.

Of course, the Motown tribute stands out to us, seeing as it really doesn’t seem like Rock’s cup of tea. But once again, Kid Rock proves that we shouldn’t judge a book by its cover. His take on the iconic song “I Can’t Help Myself,” or “Sugar Pie Honey Bunch,” as he calls it on his record, is a song we think people will be talking about for a long time.

“I Can’t Help Myself (Sugar Pie Honey Bunch)” was first released in 1965 by the Four Tops and went on to become record label Motown’s most well-known hit of the decade.

He proved his musicianship with this track, morphing a well-known tune into completely his own that will have you tapping your toes and singing along in no time.

Take a listen to his version of “Sugar Pie Honey Bunch” below.