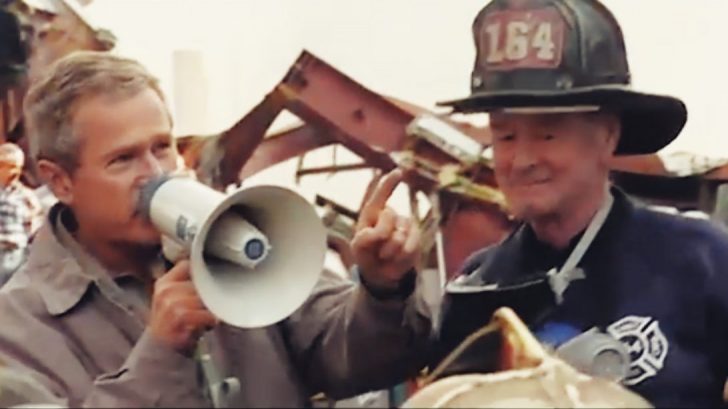 September 11, 2001, was a day that rocked not just our nation, but the world. So many families were affected by this senseless act as 2,977 lives were taken from us. It is truly a day that will never be forgotten.

President George W. Bush stood at Ground Zero, three days later, among rescue workers and distraught American citizens and delivered a speech that defined a nation, a speech that resonated with millions of people.

“I want you all to know that America today, America today is on bended knee, in prayer for the people whose lives were lost here, for the workers who work here, for the families who mourn. The nation stands with the good people of New York City and New Jersey and Connecticut as we mourn the loss of thousands of our citizens.

And with that, the crowd around our former president cheered loudly, bellowing “USA! USA! USA!” There is so much patriotism and American pride at that moment that it’s almost tangible. We guarantee, even though you may have seen this speech many times before, chills will overcome you and a tear may fall free at the thought of what had occurred that fateful day. Photo From FDNY via AP

With bullhorn in hand, the President inspired a nation to overcome that day, band together, and stand hand in hand to work towards a better future.