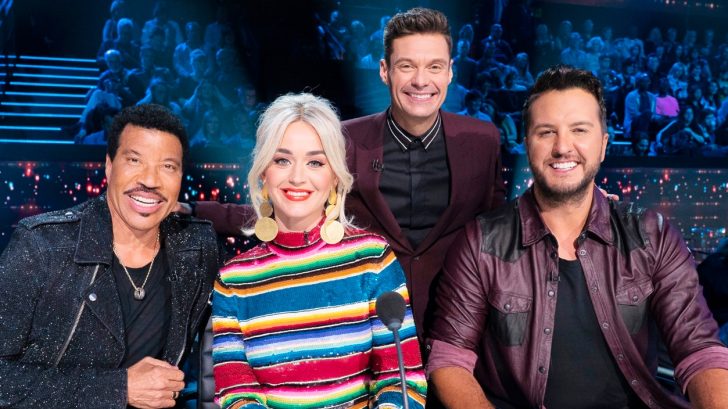 This second season of American Idol on ABC has been nothing short of incredible.

From the first round of auditions, to Hollywood Week, to the Disney Aulani performances, to all the live shows, every week we have been treated to countless amazing performances, like Laine Hardy’s Top 20 performance of “Bring It On Home To Me.”

During Sunday night’s (May 12) episode, host Ryan Seacrest revealed the three singers who will be vying for the title of “American Idol” in the season finale next Sunday (May 19). Those singers are Alejandro Aranda, Madison VanDenburg, and Hardy, which meant Laci Kaye Booth, who had just been saved the week before by the judges, and Wade Cota were going home.

In recent days, ABC has been slowly revealing which of their shows they have either renewed or cancelled and as of Sunday (May 12), Idol hadn’t made an appearance on either of those lists.

Hmmm. Will American Idol be renewed or canceled??? It has yet to be decided. @maddiepoppe

Here's Every ABC Canceled and Renewed Show https://t.co/IkihCI4tEN via @

We’re singing with excitement! #AmericanIdol is coming back for a third season on ABC! 🎉🎤 pic.twitter.com/cClYDcfNU0

Bobby Bones, who has served as a mentor this entire season, and chose a song for each of the Top 5 to perform Sunday night, replied to the tweet with three hand clapping emojis.

Judges Katy Perry, Luke Bryan, and Lionel have not commented on the news. Neither has Seacrest.

Variety reports that the judging panel isn’t set for next season, which could be the reason for their silence. ABC rebooted Idol last year, with the intention for it to be a long-term network franchise, but they need costs to come down. Perry made headlines last year for raking in $25 million per season. Variety also reports that Seacrest is most likely under a long-term deal with ABC, seeing as his Emmy Award-winning daytime talkshow Live With Kelly & Ryan is on the same network.

TVLine has learned that the network has made offers to all three judges to return, but no deals have been made yet.

Are you excited for American Idol to come back for another season?!

Check out the lineup for the star-studded finale episode next Sunday below.