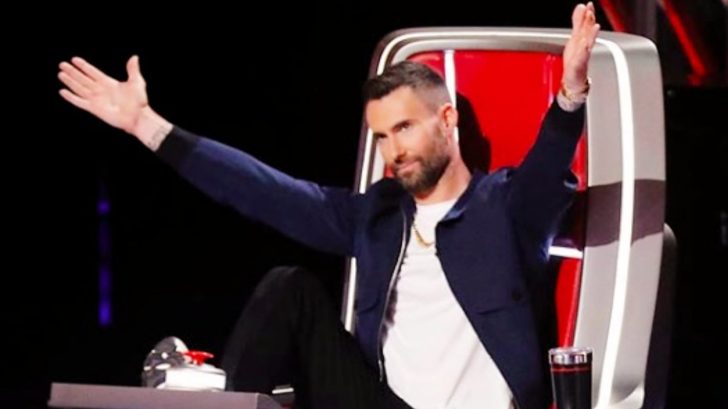 The Voice Is Changing Forever

Just two weeks ago, The Voice confirmed its lineup of coaches for its upcoming 17th season, which will kick off in the fall. Much to viewers’ delight, the show revealed that its entire panel of coaches for Season 16 would be returning to coach Season 17 as well.

A group of Coaches so good we need an encore. 😏✨

It’s standard practice for The Voice to announce its next season’s coaching lineup while the current season is still airing. That’s because the show often films blind auditions for one season at the same time they’re filming lives for another.

Because of this crossover in schedules, the show needs to have a coaching lineup established at least a season in advance, if not further. That’s why the Season 17 coaches were already announced long before the Season 16 finale.

However, it turns out that the Season 17 lineup wasn’t as secure as everyone thought, because on Friday (May 24), it was announced that Levine will not be returning.

Why Did He Decide To Go?

No reason for Levine’s sudden departure was given by Voice host Carson Daly, who announced the news on the TODAY Show. Though those who watched Season 16 knew that the coach had a rough time on the show, which may have led to his choice to quit.

In Season 16, The Voice introduced a new fan-voted cross battles round that pitted members of opposing teams against each other. While some walked away with nice-sized teams, Levine lost almost all of his artists and had just a few team members left. Those remaining team members were eventually eliminated as well, leaving Levine without a team for the last few weeks of the show.

During an interview behind the scenes of The Voice, Levine spoke of how much he disliked the cross battles. “I hated it. I hope they change it immediately, cause I think it sucks,” he said.

After news of his departure broke, Levine took to Instagram to say “thank you” to the many people he had worked with on the show.

In that post he didn’t explain the reason why he chose to leave, but did say he decided “it was time to move on.”

About 8 years ago, Mark Burnett convinced us to sign up for this show where you sit in a big red chair with your back turned away from the singers on the stage. First thank you must go to Mark. ❤️ We had no idea what we were doing or where it was going. After the first day of shooting, I sat there, stunned. I said to myself “theres some magic here. Something is definitely happening.” It went on to be a life shaping experience that will be close to my heart forever. Thank you NBC for signing me up. I am truly honored to have been a part of something I’ll always cherish for the rest of my life. Thank you to every single coach I ever sat in those chairs with. That is shared experience that is singularly ours. We have that for life. Thank you to everyone who supported this long strange and amazing left turn into a place I never thought I’d go. Thank you Carson Daly for babysitting the musicians and making sure our shoes were tied and we had our lunch boxes. You are the backbone of this thing and we appreciate you more than you know. Audrey, thank you for being perhaps the most patient person in all the free world. 4 musicians all at once is a lot. Sainthood is imminent. Thank you to Paul Mirkovich and the band for their ridiculously hard work and learning more songs than maybe any band ever. 😂 Thank you to the people behind the scenes who do the real work and make this machine hum. To the amazingly talented vocalists who competed on the show and blew my mind on a daily basis. And, BLAKE FUCKIN’ SHELTON. I couldn’t hide my love for you if I tried. Seriously. I tried. Can’t do it. Our friendship is and always will be one for the books. Whatever this whole surreal experience was, Im just happy I got to experience it with you. You’re my brother for life. Kelly and John, take care of the cowboy and I’m sure I’ll be back to say hi very very soon. So much love to you both. And lastly, to all of the loyal voice fans, there’s literally no show without you guys. For me, it was time to move on. Your support has meant EVERYTHING. And Lastly, I’d like to thank my manager Jordan for convincing me to take that meeting. 😊 What an amazing ride. Thank you all so much. ❤️ Adam

Although it was clear to those who watched the show that Levine was unhappy, news of his departure still blindsided Voice viewers and his fellow coaches.

Both Shelton and Clarkson reacted to the news on Twitter, and both said they had just learned the day before that Levine was leaving the show.

Having a hard time wrapping my head around @adamlevine not being at @NBCTheVoice anymore. After 16 seasons that changed both of ours lives. I only found out about this yesterday and it hasn’t set in on me yet. Gonna miss working with that idiot.

Found out last night about @adamlevine leaving The Voice & while I get that he’s been doing the show 4 a while & wants to step away, it will be weird showing up 4 work & he’s not there 👀 To start an amazing show from the ground up is a big deal!

A Rush To Find A Replacement

After Levine’s last-minute decision to leave, The Voice was left in a desperate position to find a replacement coach in time to start filming blind auditions. So, the show turned to someone who has coached in the past.

In his TODAY Show announcement, Daly also revealed who will be filling Levine’s spot on The Voice. And that someone will be Gwen Stefani, a three-time former coach who also just so happens to be Shelton’s girlfriend.

Shelton and Stefani’s relationship blossomed when the pair filmed Season 9, and was publicly confirmed in November of that year. The two later got the chance to coach together yet again when Stefani returned for Season 12.

But that was several seasons ago now, so Stefani’s return to the show has been anticipated for quite some time! While we’re glad to have her back, it saddens us that Levine won’t be returning.

You can learn more about his departure from the show by watching Daly’s TODAY Show announcement below.