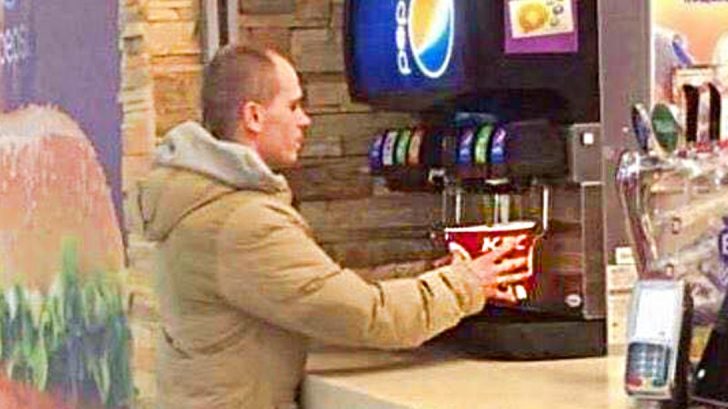 On a normal visit to a regular establishment – one man set himself apart as extraordinary. A social media post by Andy Cole captured the genius idea that is a “bucket cup.”

Basically, a bucket is normally reserved for chicken but this man used as a soda cup.

While you might expect people to be outraged by the man’s actions – the Internet was actually very supportive. A few even called him the “smartest man alive.”

You’ve Been Doing It Wrong

Even crazier, he’s not the only one! While you’ve been feeling sneaky getting 7-Up and Sierra Mist with your water cup, other people have been using a bucket all along. In fact, one individual came out of the woodworks and shared a picture of how they took it one step further.

They even added a straw as a stabilization device to keep the bucket from losing its form!

Overall, the “smartest man alive” has received over 50,000 Retweets and more than 88,000 Likes! It is clear that his small act of genius has made him quite popular online

So How Much Can It Hold?

We already know this man is a genius – so the real question is: how much can a KFC chicken bucket hold? 1 liter to be exact. You can watch a video of it below!