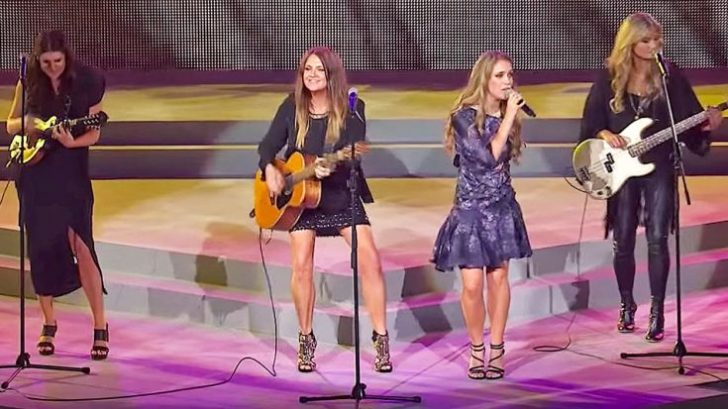 Country Classic Travels Over The Globe

Many people mistakenly believe that country music is an exclusively American genre. These people don’t realize that there are country music fans on all corners of the globe, who have grown up listening to the same classics as those who live in the U.S.

One of those classic songs that has universal appeal is Tanya Tucker‘s “Delta Dawn.”

While Tucker is perhaps the most well-known for singing the song, she wasn’t the first to record it. That credit goes to the song’s co-writer Alex Harvey, who placed the song on his 1971 self-titled album.

Tucker released her rendition of the song a year later. It made a nice showing on the Billboard Hot Country Songs chart, where it peaked at the sixth spot.

The song was also a crossover hit, and claimed the 72nd position on the all-genre Billboard Hot 100.

Although Tucker went on to score several number one hits later in her career, “Delta Dawn” has remained her signature song. It’s also a go-to song for fans of country music to cover, just as a group of four Australian women did in 2015.

An Immense Showcase Of Talent

In Australia, there’s a special talent showcase known as the Schools Spectacular, which provides a platform for public school children in New South Wales to illustrate their musical talents. According to the Schools Spectacular website, there is no other showcase like it in the world, as it features thousands of singers, dancers, and musicians.

Schools Spectacular is back for 2018 and the theme this year is THE GREATEST! ? Tickets on sale now via Ticketek ?…

Back in 2015, three Schools Spectacular alumni performers known as The McClymonts took to the stage to perform their own take on “Delta Dawn.” Their performance was as delightful as could be, as they used the song to their advantage to show off how well they can harmonize with each other.

But as good as the trio’s performance was, they truly kicked things up a notch when they welcomed a fourth woman to the stage. This woman was Courtney Clarke, who was the featured artist at that year’s School Spectacular.

Clarke took over for a brief moment, singing solo while The McClymonts looked on. But once all four joined in and started singing together, magic happened. Their harmonies sounded more divine than ever, and the energy in the room reached an all-time high.

You can go ahead and tune in to the quartet’s performance of “Delta Dawn” in the video below. Don’t be surprised if you find yourself clapping along with them as you watch. Their performance is too fun to resist!