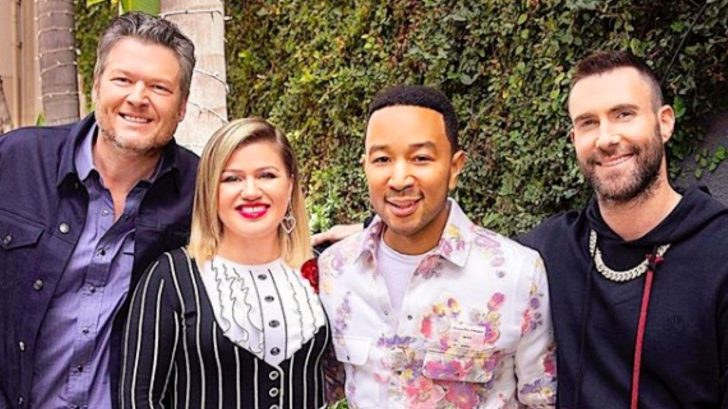 One Voice Round Is Not Returning

Blind auditions, battles, knockouts, lives. Those are the four phases that make up a season of The Voice, and that format has remained unchanged for years.

But, for the first time since 2014, one of those phases will be missing from the show. And there’s no telling if it will ever return.

I’ll tell you, these other coaches aren’t lyin when they say we have a surprise on #TheVoice tonight… it’s big.. Things are changin around here! You better watch 8/7c on NBC!

Since the blinds and battles already took place in the show’s current season, fans were anticipating that the knockout rounds would be next. But The Voice first started to tease some bombshell news over the weekend that made it clear the knockouts are not taking place this season.

The Knockouts Have Been Knocked Out

This isn’t the first time that the knockout rounds have been removed from the show. After first being implemented during Season 3, the knockouts were replaced by a different phase in Season 6.

That change only lasted for the one season, and the knockouts were reintroduced in Season 7. They’ve been a part of the show ever since.

In the first three seasons that the knockouts were used, contestants had no idea who they were singing against when they stepped on stage. That changed after the round’s reintroduction, and artists went into their knockouts knowing who their competitor was.

The knockout rounds have artists singing solo, unlike the battles, which feature duets between two team members. Once the two artists sing their respective knockout solos, their coach chooses a winner.

In an effort to shake things up, The Voice decided to remove the knockout rounds in Season 16 to make way for something new. And this has the power to completely change the show.

This Gives Viewers So Much Power

The new round, called the “Live Cross Battles” is exactly as the name describes…a live battle round. For the first time ever, you as a viewer will get the chance to watch and vote in real time during this early stage in the competition.

So The Voice US's 3rd round is revamped from Knockouts into Live Cross Battle. It's gonna be soooooo fun https://t.co/Ttl4GgSBra

Want to know how this is going to work? Here’s an example:

Blake Shelton is preparing his talented country singer Dexter Roberts for the cross battles. Instead of picking another member of Team Blake for Roberts to compete against, Shelton has to choose Roberts’ competitor from another team.

Say Shelton decides to pair Roberts with Team Kelly‘s trio, The Bundys. Roberts will have no idea that’s who he’s competing against until he takes to the stage. They each sing their solos, and then what?

That’s where the viewers come in. You get to vote for the winner in real time, since the show takes place live. Think of it like the “Instant Save” round that has often been a fixture of the live shows.

Whichever artist ends up with the most votes at the end of their cross battle, wins.

The Coaches Have Some Control

As a result, the coaches can be left with uneven teams going into the main live shows, meaning that Shelton could have a team of four while Clarkson could be left with a team of two.

But the coach has to make the decision to steal or save a contestant within ten seconds after the winner is revealed. They have to act fast!

What Do Y’all Think Of This?

As you can probably tell, the live cross battles have game-changing potential. By giving viewers the control at this early stage, they are the ones with the most power to decide who can go on to become “The Voice.”

Want to learn more about this big change coming to the show? Tune in to the video below to hear it be explained in detail.

What do y’all think about this new addition? Do you like its potential, or do you wish the show would leave things alone and just keep the knockouts?

No matter what you think, you can’t deny that this change is going to make things interesting!