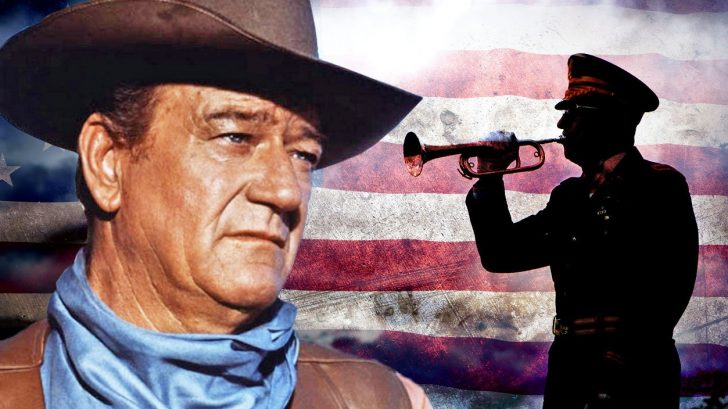 Grab a tissue before you listen to this one. Country western icon, John Wayne, who is known for his fierce American pride tells the emotional history of “Taps,” a song that is played at every soldier’s funeral.

“Taps” is also played at dusk every evening and during flag ceremonies and is a variation of an earlier bugle call, known as the “Scott Tattoo.” The present day version of “taps” was arranged by General Daniel Butterfield, an American Civil War general and Medal of Honor recipient.

Captain John Francis Tidball began the custom of playing “Taps” at the end of military funerals when a friend of his, whom he reffered to as “a most excellent man,” was denied permission to fire three guns over the grave.

“The thought suggested itself to me to sound ‘Taps’ instead, which I did. The idea was taken up by others, until in a short time it was adopted by the entire army and is now looked upon as the most appropriate and touching part of a military funeral,” he wrote, according to the book The Aftermath of Battle: The Burial of the Civil War Dead by Meg Groeling.

Whenever the song pierces through the silent sky, chills are always imminent, and with that comes the tears. John Wayne has always had a voice that commands our attention and it’s no different in this historic speech. Listen to him tell the original story and soon after that the rising melody and words of “Taps” begins to play.

We guarantee you’ll be filled with pride for the American flag and those who have made the ultimate sacrifice for this country’s freedoms.

Take a listen to John Wayne’s below.