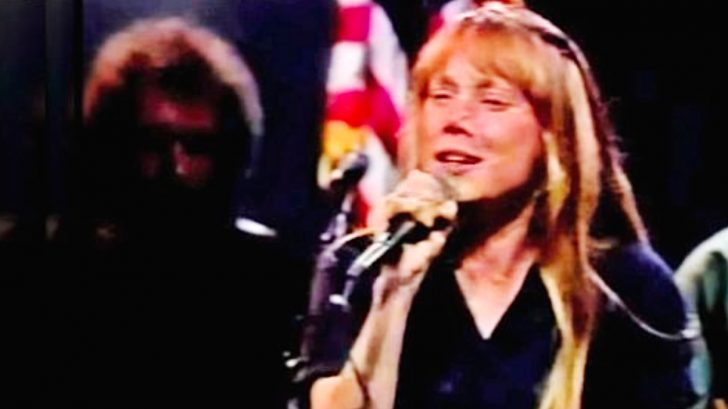 Not only did actress Sissy Spacek floor the audience with her unbelievable performance in the movie Coal Miner’s Daughter, but she made it clear to audience members that she’s a lot more like her portrayed character – country legend Loretta Lynn – than expected.

Role Of A Lifetime

Spacek, accompanied by actor and musician Levon Helm, who previously played Lynn’s father in her autobiographical movie, was brimming with incredible talent and infectious energy as she performed the said song, “Coal Miner’s Daughter”.

She sang of Lynn’s upbringing in a hardworking house down in Butcher Holler, in which her father made an honest living by mining for coal and providing for his wife and 8 children!

“Daddy loved and raised eight kids on a miner’s pay/ Mommy scrubbed our clothes on a washboard ever’ day/ Why I’ve seen her fingers bleed/ To complain, there was no need/ She’d smile in mommy’s understanding way.”

The autobiographical film was a raging success, snagging Spacek an Academy Award for Best Actress. Seeing that actress’ sensational talent bears a striking resemblance that that of Lynn’s, it’s no surprise that film was a stellar success.

Check out the live performance below!