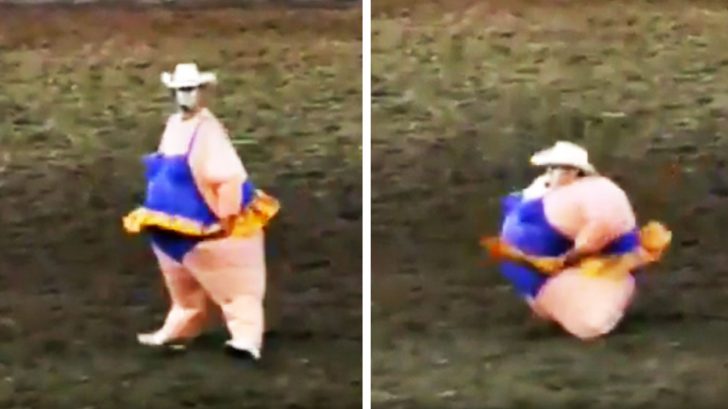 If you’ve ever been to a rodeo, you know that the clowns are sometimes the best part of the show!

Nowhere was this more clear than during one rodeo break when a witty and clever rodeo clown decided to get the audience rolling on the floor with his hilarious antics.

Sheriff Salisbury with Rodeo Clown JJ Harrison at the Ellensburg rodeo yesterday. He wanted to wish everyone a safe LaborDay! pic.twitter.com/vDWlHbfKTl

Donning an inflatable body suit rather than his normal clown makeup and tattered patchwork of colorful rags, he stormed out into the arena to give one of the best dances y’all will ever see.

Putting his boots down and kickin’ up some dirt to a hip-hop style track, JJ Harrison bounces around with some fancy footwork and even bobs up and down in a way that makes his body suit look even funnier.

If y’all need a laugh today, this video will definitely do the trick!