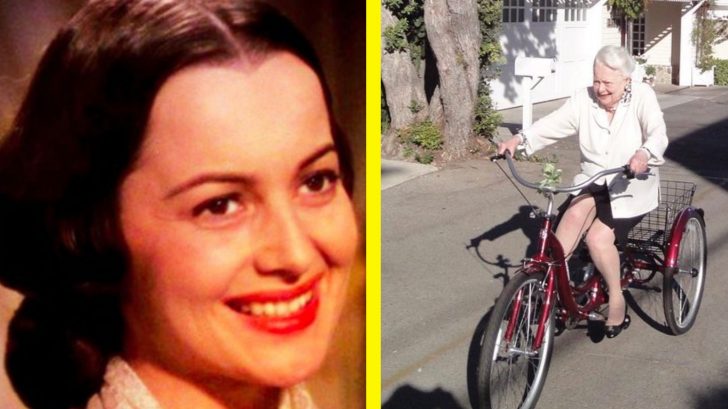 She was one of the leading actors of the “Golden Age” of classic Hollywood, and is currently one of the last living legends from that era.

We’re talking about Olivia de Havilland, who acted in films such as Captain Blood, The Adventures of Robin Hood, To Each His Own, The Snake Pit, and The Heiress, among many others.

De Havilland was nominated for a total of five Academy Awards, including one for her role in Gone With The Wind, winning two in 1946 and 1949 for Best Actress in a Leading Role for To Each His Own and The Snake Pit, respectively. She and her sister, Joan Fontaine, remain the only siblings to have won Academy Awards in a leading actor category.

Joan Fontaine and Olivia de Havilland are the only siblings to receive lead acting Oscars. Fontaine won for “Suspicion” (1941) and de Havilland for “To Each His Own” (1946) and “The Heiress” (1949). #NationalSistersDay pic.twitter.com/wYbBr2y4F2

She has appeared three times on Broadway in Romeo and Juliet (1951), Candida (1952), and A Gift of Time (1962), as well as working in television, winning two Golden Globes, two New York Film Critics Circle Awards, the National Board of Review Award for Best Actress, and the Venice Film Festival Volpi Cup.

In 1988, at 82 years old and after a 50+ year career, De Havilland appeared in her last acting role, but that didn’t mean she would slow down. She’s traveled to special showings of Gone With The Wind, presented at the Academy Awards (2003), received the National Medal of Arts (2008), narrated the documentary I Remember Better When I Paint (2009), was appointed a Chevalier – or knight – of the Légion d’honneur, which is the highest decoration in France (2010), and was appointed Dame Commander of the Order of the British Empire at the 2017’s Queen’s Birthday Honours when she was 100 years old.

When she turned 103 in 2019, fans sent out many wonderful tributes online. Olivia was a beautiful woman, and nothing has changed! See what she looked like just before her 103rd birthday below.

"I don't need a fantasy life as once I did. That is the life of the imagination that I had a great need for. Films were the perfect means for satisfying that need." Happy birthday to the remarkable and ever-resilient Olivia de Havilland, who turns 103 today! pic.twitter.com/ONsdGGu21f

Now, in 2020, Ms. De Havilland has turned 104! And she’s still riding a bike! As some of her beloved fans shared on Twitter, she was photographed riding her bike around and enjoying herself.

Watch some of her scenes from Gone With The Wind below.