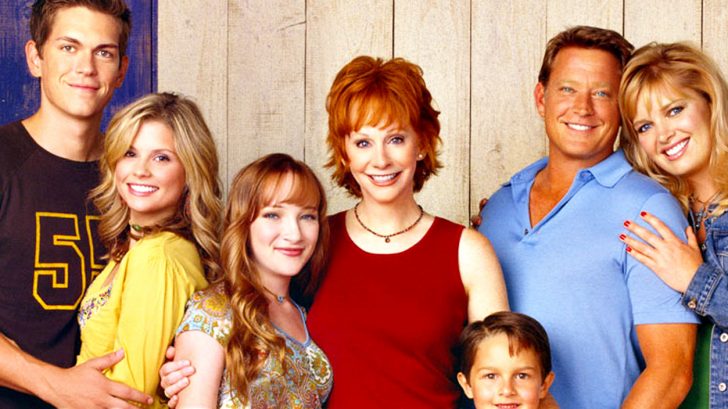 A decade after this beloved hit television sitcom aired its very last episode, we take a look at where all these friendly faces and comical personalities are now!

Running from October 2001 through February 18th, 2007, one of the biggest projects in Reba McEntire‘s career came to a halt after the network chose to only renew Reba for a final sixth season that only featured 13 episodes.

Although it was sad to see the end come when we all felt like it had only been on for a little while, Reba’s six seasons are jam-packed with fantastic episodes that fans have been watching at home ever since.

These unforgettable characters were some of the first major roles for several actors and new, fun roles for other veterans in the industry.

Now that it’s been 10 years since the final show aired, we are taking a look at these folks that had us falling in love with Reba – and finding out what they’re up to now!

Rich played Reba’s ex-husband Brock on the show and first met McEntire when they co-starred in Kenny Roger’s 1991 film, The Gambler Returns: Luck of the Draw.

Since his time as a staple on Reba, Rich has appeared in various TV series including Desperate Housewives, Boston Legal, and a had a recurring role on Melissa & Joey. He is scheduled to take on a role in an upcoming holiday film called Southern Christmas, which should start shooting sometime this year.

Following Reba, she took on several recurring television roles for shows like Privileged, Gossip Girl, Better with You, Animal Practice, and currently is playing Ariel in ABC’s hit show Once Upon a Time.

Howey, who plays the football player and boyfriend of Cheyenne got taken in by Reba after his parents gave him the boot for getting Cheyenne pregnant in high school.

The Texas native has continued acting and chartered a career that includes film credits for Something Borrowed, Bride Wars, and roles on TV shows like Sons of Anarchy, with a recurring role on Showtime’s Shameless.

The youngest of the kids, Jake, was one of the most lovable characters and often added a comedic touch to situations.

Mitch Holleman started off his career in television at the age of four with commercials for Nickelodeon and Burger King with doors opening for shows like Reba. Since his time on the show, Holleman has kept a pretty low profile in the acting world, appearing in Disney’s Shake It Up, and a 2016 movie called Bus Driver.

Starring as Reba’s middle child, Krya, Scarlett Pomers went through a battle with anorexia throughout most of the fifth season of the show and only appeared in two episodes.

In 2010, Pomers kicked off her music career and released her debut EP, Insane. Just a few short years later, Pomers announced she was retiring from acting to focus on photography and her music. She also formed the band SCARLETT and has performed at venues like Knitting Factory, House of Blues, and Whisky A Go Go.

The wild and fun, ditzy neighbor Barba Jean – who also was Reba’s ex-husband’s new wife always brought out some of the biggest laughs from viewers. Over the course of the show, Melissa Peterman and McEntire built an everlasting friendship they still enjoy today!

After the show, Peterman has been appearing in roles for various television shows and movies like Pretty The Series, Dirty Politics, and is starring in Freeform’s comedy/drama Baby Daddy.

Reba McEntire, whose main character role was almost named “Sally”, plays the loving and spunky matriarch of the Hart family who tries to keep it all together while some hilarious and dramatic situations are happening.

Since the series ended, McEntire has continued on her longtime career in country music, launching new albums, shows at the Ryman, and continuing her residency in Las Vegas with Brooks & Dunn. In addition to all that, she has also starred in another TV series, Malibu Country, and is already cast in a Southern Gothic soap opera that has just been given the go-ahead from ABC to start filming.