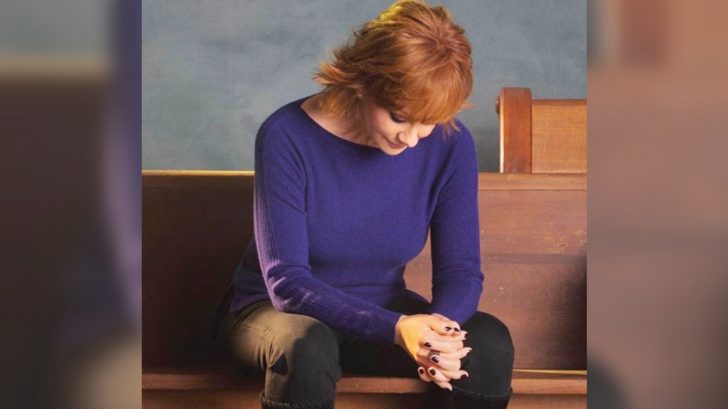 When Reba McEntire announced her plans to release her album, Stronger Than the Truth, she promised her fans an authentic country album containing songs “that speak to the heart.”

“STRONGER THAN THE TRUTH takes me back to that kind of country music that I grew up with,” a statement on the superstar singer’s official website reads. “I haven’t gotten to do that in a while, so I’m thrilled to pieces to release this new music.“

I’ve got a brand new album, #StrongerThanTheTruth, coming out Friday, April 5. This is the most country record I’ve done in a long time and I can’t wait for you to hear it. The first song and title track will be available on all streaming services this Friday, February 15. In the meantime, you can pre-order your copy of the album now at Reba.com! Stay tuned for lots more to come!!!

Prior to the release date for Stronger Than the Truth, McEntire gave her fans a small taste of the record by releasing a few of its songs. The first song she debuted was its title track, which was written by Hannah Louise Blaylock and Reba’s niece, Autumn.

The song appeals to themes that pop up in some of the best and oldest country songs out there, as McEntire sings of the immense heartbreak she feels after learning that the one she loves has been seeing another woman behind her back.

Those themes of heartbreak and cheating carry over into another one of the album’s tracks, appropriately titled “Tammy Wynette Kind of Pain.” The song, written by Brandy Clark, Mark Narmore, Shelley Skidmore, is one emotional ride.

In case you are unfamiliar with Wynette‘s work, the late country music icon was known for expressing her real-life heartbreak and struggles in song. From “D-I-V-O-R-C-E” to “‘Til I Can Make It on My Own” (which is actually referenced in McEntire’s song), Wynette was an expert at channeling her personal pain into music.

One can only assume that’s the same thing McEntire did when she recorded “Tammy Wynette Kind of Pain.” In 2015, she and her husband Narvel Blackstock divorced after 26 years of marriage.

In past interviews, McEntire made it clear that the divorce rocked her world. While she is now happier and found new love with her adventurous boyfriend Skeeter Lasuzzo, she will never be able to forget the pain of her divorce.

“I can never forget some of what he did,” she confessed. “But going on with life is what’s really important.”

Now McEntire has moved on with her life, and is also turning her personal pain into powerful music, just like Wynette did all of those years ago. “Tammy Wynette Kind of Pain” starts gently as McEntire speaks of needing to fake a smile and deal with heartache before delivering a bombshell of a line in the chorus.

As she sings, “When he breaks your heart and all your trust, with his two cheating hands…and you don’t want him to see you crying, so you’re crying in the rain.”

That’s quite the line, isn’t it?

As powerful as it is to read, that lyric packs an even greater punch when you hear McEntire sing it. Tune in to the official audio clip of “Tammy Wynette Kind of Pain” below to give it a listen.

If you’ve ever dealt with a broken heart before, this song is sure to speak straight to you.