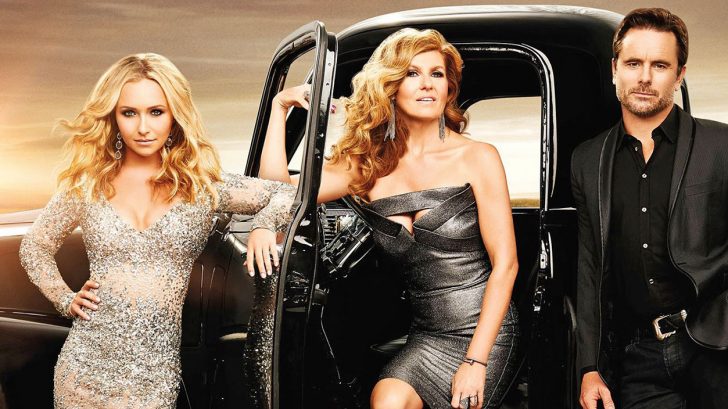 Your favorite TV drama series is making its way to the big stage! Following the lives of various country artists and the hardships that come with fame, Nashville stole the hearts of Americans across the nation. Now, this six-season show is becoming a Broadway musical.

This poster was made for gawking! #Nashville returns on Wednesday, September 23 at 10|9c!

The hit TV show, Nashville premiered on ABC in October of 2012. The show focuses on the storyline of country music singers living out of Nashville, Tennessee. Drama surrounds their careers, families, and friendships as they push through the tough industry to get to the top.

The main characters are country music legend Rayna Jaymes and rising star Juliette Barnes as the two clash while struggling to compete with one another. As the show continues on, their feud heightens and several new characters are introduced. Through the desire for fame and money, relationships unravel quickly.

Posted by Nashville on Friday, September 6, 2013

With a storyline based around country music, the show’s soundtrack included both covers and original songs. Now, they’re taking the drama to Broadway.

It was announced on Tuesday, March 5 that Nashville is taking its talents off-screen and headed to the stage. 10-time Tony Award-winning producer, Scott Delman will be producing the live show. Delman has worked on 55 Broadway productions including Book of Mormon, Hello, Dolly!, Mean Girls, The Crucible, Hamlet, and American Idiot.

According to the press release, Delman added,

“Nashville, with its complex, relatable characters and sweeping emotional gestures, has all of the narrative elements that I look for in great theatrical source material.” He continued, “From that rich DNA, we will be building an original story with entirely original music.”

Have you set your DVR yet? ? Don't miss our beautiful #NashvilleCMT cast on the one-hour sneak peek TOMORROW at 9/8c on CMT!

Posted by Nashville on CMT on Wednesday, December 14, 2016

More exciting information is to come including production dates and the complete team.

So set aside some money and get ready because we’re headed to New York, y’all!

You can watch the original trailer for Nashville below.