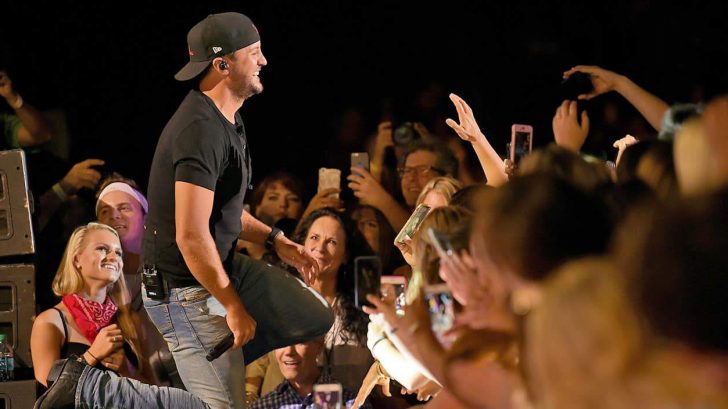 You really never know what you’re going to see at CMA Fest. Luke Bryan had two different sets throughout the four-day music festival in June 2018 – Friday at the Close Up Stage, and another on Sunday at Nissan Stadium.

During his headlining Sunday performance, Bryan was playing all of his hits, but all of a sudden, he spotted a familiar face in the crowd.

“We got Mr. Randy Travis down here, everybody!” Bryan told everyone.

Immediately, the “Sunrise, Sunburn, Sunset” singer began singing one of Travis’ many hit songs, “On The Other Hand,” a cappella.

SO great that Luke included #RandyTravis and his songs! ❤️👍🏻👏🏻#cmafest2018 #countrymusic #nashville

After singing a little bit by himself, his band joined in to help Bryan perform the 1986 hit for the adoring audience.

It seems that Bryan was having so much fun singing Travis’ tunes that he continued to play another one! Next, he took on the 1986 chart-topper “Diggin’ Up Bones.”

We wish we were at Bryan’s set, but who knew he’d be singing Randy Travis songs for Randy Travis? Watch him perform “Diggin’ Up Bones” in the video below.