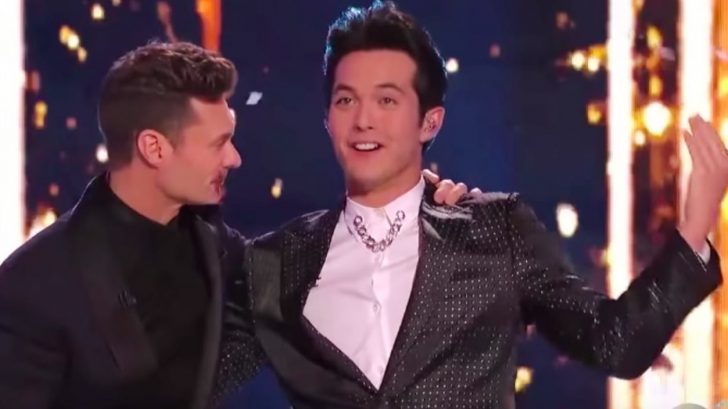 From Eliminated Artist To Idol Champ

If you’ve followed the “Bayou Boy’s” American Idol journey since day one, you are probably beaming with pride over his big win on the show on Sunday night (May 19).

It’s amazing to think about, since the win comes just a little over a year after Hardy was previously eliminated from the show due to a lack of confidence.

The world was first introduced to Hardy during the first season of Idol‘s reboot on ABC. He quickly won the judges over in his audition, but was eventually sent home before the shows ever kicked into lives.

The Return That Changed Laine’s Life

After a year of working on his confidence and his voice, Hardy returned to the show. Though his only intention was to play guitar for his auditioning friend, Ashton Gill.

The judges had other things in mind for him. They asked him to sing, so he agreed. Then, he found himself being offered a golden ticket to Hollywood.

Although he never planned to return to Idol, Hardy decided to throw caution to the wind and took the golden ticket.

Everything took off from there, as Hardy’s performances continued to captivate the judges and the viewers at home. All who watched him were amazed to see how his newfound sense of confidence allowed him to work the stage and entertain like no one else in the competition.

It was always obvious that Hardy was a frontrunner, so it came as no surprise when he was named as the newest winner of Idol!

Laine Finally Gets Chance To Reflect

Hardy got a brief chance to speak after the news of his big win was revealed. When host Ryan Seacrest asked how he was feeling in that initial moment, his only response was, “I can’t believe it!”

After that, Hardy was ushered into singing his new song, “Flame,” and was joined on stage by his fellow Idol stars.

Since he didn’t get the opportunity to speak during the broadcast, Hardy opened up about his Idol win on social media. He waited until the morning after the finale (May 20) to share his reflections, and did so alongside a photo from one of his performances.

Thank y’all so much. This is so crazy. I’m glad I got to meet all these people and make really good relationships with them throughout this long journey!

First, Hardy took the time to thank his fans who made his Idol win possible. He then concluded his short and simple post by sharing how thankful he is to have made so many new friends because of the show.

“I’m glad I got to meet all these people and make really good relationships with them throughout this long journey,” he wrote.

You can see just how close Hardy and his fellow Idol singers are when you watch him sing his debut song “Flame” below. All of the other artists gathered around Hardy in a huddle, clearly thrilled for him and his success!

A huge congratulations to Hardy on his win…he definitely deserved it!