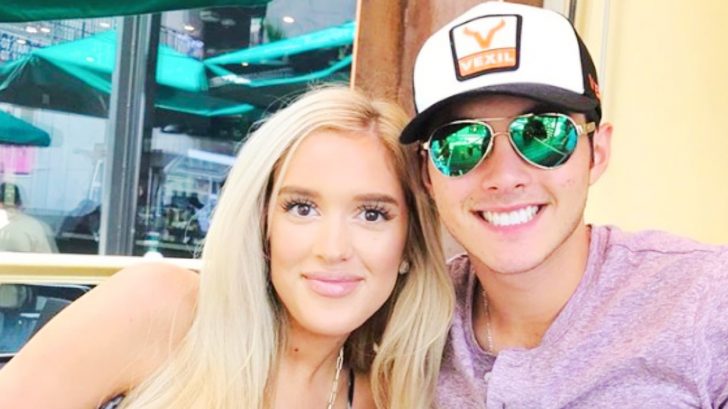 Romance was in the air during the first season of the rebooted American Idol. Champion Maddie Poppe and runner-up Caleb Lee Hutchinson famously confirmed during the finale that they were a couple, and third-place-finisher Gabby Barrett is now engaged to fellow Idol alum Cade Foehner.

After witnessing such a love fest the previous season, it makes sense why Idol fans may have been looking for a new romantic pairing on the second season of the reboot. Many thought they found what they were looking for between two of the season’s standout stars, Laine Hardy and Laci Kaye Booth.

To viewers, the two seemed like the perfect couple. They were professed friends, both loved country music, and they sounded amazing when they sang together.

Even though rumors started circulating that Booth and Hardy were an item, neither of the two singers spoke up about them. The show ended, Hardy won, and it seemed like the rumors were finally laid to rest.

But they were rekindled when Hardy and Booth reunited weeks after Idol wrapped up. The two posed for a photo together, which Hardy shared on Instagram with the caption, “Look who I ran into today!”

The comments were flooded with declarations of how cute Hardy and Booth are as a couple, and many said they can see romance blooming between the two of them.

Look who I ran into today!

This new wave of implications that he’s dating his friend and fellow Idol alum prompted Hardy to finally address the rumors. Taking to his Instagram story, he set the record straight once and for all, saying that he and Booth are nothing more than friends.

“Me and Laci are friends y’all,” he wrote on top of a selfie that shows him wearing sunglasses and a ball cap.

If you needed any further proof that Hardy and Booth aren’t an item, here’s something for you. Hardy had a girlfriend when he auditioned for Idol and Booth has a boyfriend.

While Hardy hasn’t mentioned his girlfriend on social media, Booth did just share a photo of her boyfriend visiting her in Los Angeles in April.

But even though Hardy and Booth aren’t dating, the two of them still make beautiful music together. Just watch them duet on “Jackson” to see what we mean!