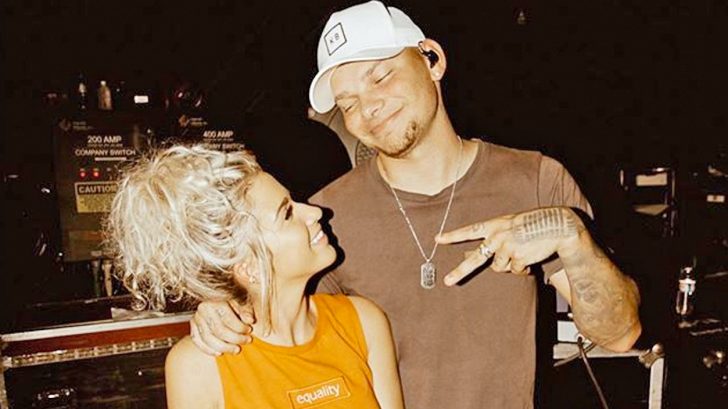 Kane Brown and his wife, Katelyn Jae have been falling for each other since the day they met in 2015. What many people don’t realize though is that these two met through their love of music. Katelyn – who is ridiculously talented – was working in the music business. She attended one of Kane’s shows for work and he knew from the second he saw her, she was the one.

he has my whole heart ❤️

Fast forward to 2018 and the young couple tied the knot in a gorgeous farm-inspired wedding. Kane gave fans a glimpse into the big day with his music video for “Good As You” which was inspired by Katelyn. From their fairytale wedding to their cozy honeymoon, these two began to start their life together just the way they had always hoped.

Not too long after their October wedding, Brown released his latest album, Experiment, with a whirlwind of success. With demand from his loyal fans, Brown announced his first headlining tour, the Live Forever Tour. As he began his jet-setting journey across America, he luckily had his supportive wife right by his side.

While the tour gears up for several months, the couple is still finding ways to keep their spark alive together.

Katelyn uploaded a sweet video of the couple performing a little duet together from the comfort of their home. Sitting on the floor, Katelyn takes the reigns by starting off the duet. They took on their own rendition of Jorja Smith’s “On My Mind.”

With Kane throwing in some harmonies in-between Katelyn’s verses, they are on perfect pitch together. Turns out, Katelyn has some golden vocals, as she stole the show.

Katelyn admitted that the duet meant much more than just having some Sunday night fun though.

“One thing I find completely humbling is although he’s selling out arenas each night he is never too good to come home, sit on the floor, and be goofy and sing karaoke with me.” She continues, “No matter how busy his schedule gets he always makes more than enough time for me.”

We’re secretly hoping they record a song together soon!

Check out Kane and Katelyn’s duet below.