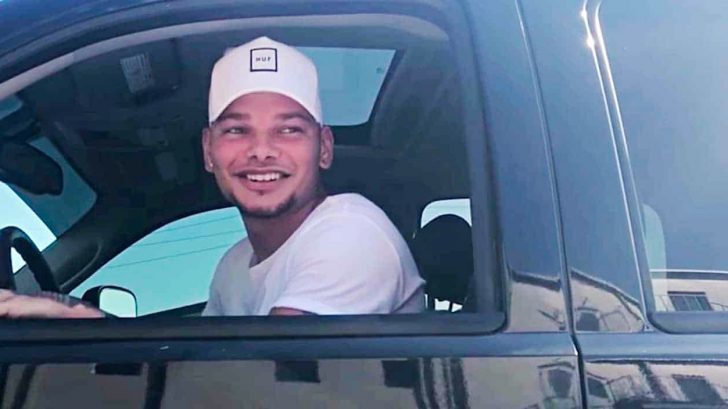 A country boy wouldn’t be a country boy without his truck. Some of them just like them a little bigger than others… Kane Brown is one of them.

His Love For Cars Runs Deep

There is no denying Brown likes his cars. In his “Lose It” music video, he heads to the desert in a vintage Camero.

He also has had a few monster trucks in his past. He even gave his GMC Denali HD the nickname, “Rex.”

He even had a specialized “KANE” illuminated emblem put on his front grille! It doesn’t stop there though, in a recent interview with Taste of Country, Brown spilled his favorite part about his fancy ride.

“A 19-and-a-half-inch lift, all gold underneath. The wheels are gold with a black lip around on 42-inch tires. Twenty eight-inch wheels.”

After getting all the custom designed pieces together, the boys over at Titan Motoring put in some late night work to have it come together and be delivered to Brown personally.

His truck lights up, thunderously roars and has a kick-a** stereo system. Kane had a few words about just much he loved his new ride.

“Huge shout out to everyone who helped make my dream truck come to life. I had it built to go to Sema for the first time but have to promote my album so gonna try and make it to the Daytona truck meet!!”

Even Brown’s wife, Kaitlyn Jae approves – but from the looks of it, she might have to jump a few times to get inside.

Brown couldn’t help but show off the insane light system on his dream truck either. From the wheels to the grille, this flashy ride will hardly go unnoticed on the road.