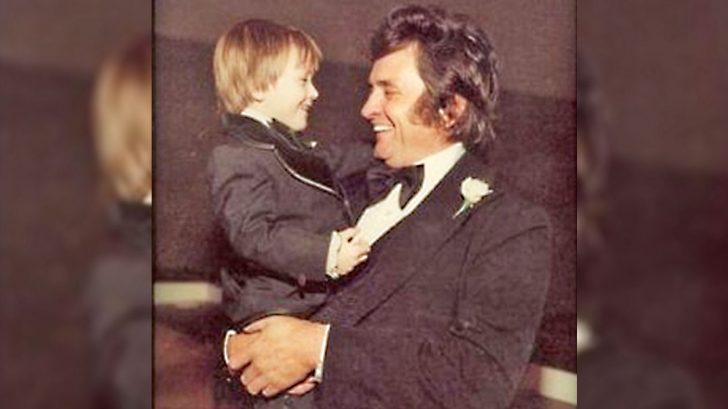 The name Johnny Cash will go down in history forever. The power he brought to the stage, the resonating sound of his vocals, and his charming demeanor were just a few of his unforgettable features. While the Cash name has a strong following of talented individuals behind it, one member of the family is continuing on the legend’s legacy one song at a time.

Johnny is survived by his five children and thirteen grandchildren. Four of his children were from his first marriage to Vivian Liberto and one from his marriage with June Carter. While all his children have stories of singing with their father, it has been revealed that the grandchildren got a glimpse into Johnny’s lifestyle as well.

One of Vivian & Johnny’s children, Kathy, gave birth to a talented Cash herself. Her son Thomas Gabriel was the firstborn of the Cash grandchildren stirring his relationship with his grandfather early on. As young Thomas carried the same dreams as his successful musician of a grandpa, he spent time with him on the road. Johnny would often call him up on stage and ask him to sing “When the Saints Go Marching In.”

Thomas as a child with his grandfather, Johnny Cash.

When Thomas turned 21, he took his vocals to the next level. While in a recording studio, Johnny told him,

“Son, you sound a lot like I did when I was younger; work on those vocals.”

With a voice almost as powerful as his grandfather’s he was determined. Growing up in a musical family and environment has left Thomas with endless memories. Although Thomas has taken a different musical route, he continues to live out his grandfather’s spirit by performing from time to time.

In a recent performance, Thomas was seen singing Johnny’s “God’s Gonna Cut You Down.” Within seconds, it’s obvious that he got his undeniable talent from his grandfather. Thomas vocals sound almost identical to that of Johnny’s with a deep baritone range. There will never be another Johnny Cash but we sure are glad his grandson, Thomas is using his talents to keep his spirit alive.

Posted by Inside Out Imaging on Thursday, September 13, 2018