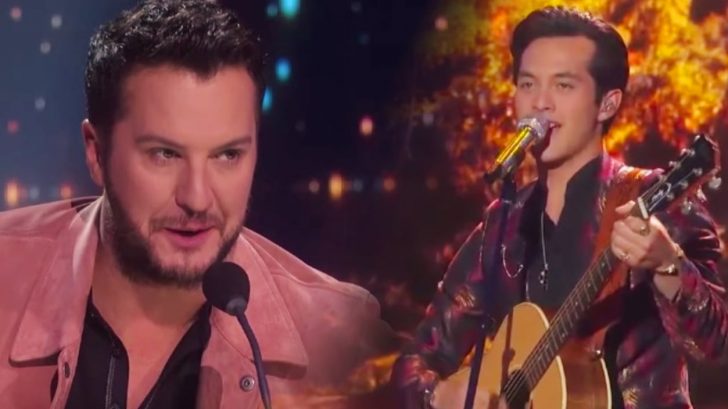 A Country Disney Classic Gets Remade

While others were at home enjoying ham and egg-shaped chocolates with their families, Idol‘s Top 10 artists were singing to save a spot for themselves in the Top 8. As the show’s top competitors took to the stage on Easter Sunday, they were also tasked with an incredible challenge.

Unlike the previous nights of the competition, this night carried a strict theme…”Disney Night.” As a result, all of the artists had to sing a song from one of Disney’s iconic movies.

The setlist was publicized a few days prior to the show’s air date, and it revealed something exciting. It indicated that standout star Laine Hardy would be performing a song titled “Oo-De-Lally.”

Best set list EVER?! Tonight the Top 10 are bringing the @Disney ✨MAGIC✨ to the #AmericanIdol stage! Plus a few *special* guests 🤩 Which songs will you be singing along to?! Watch #DisneyNight LIVE coast-to-coast on ABC and VOTE 8e|5p!

For those of you who don’t know, “Oo-De-Lally” appears on the soundtrack to the 1973 Disney film Robin Hood. It’s a song that has a direct tie to country music, since it was performed and written by country music icon Roger Miller.

Miller also had a role in the film as its narrator, a rooster named Alan-A-Dale. While he contributed multiple songs to the film’s soundtrack, “Oo-De-Lally” has always been the most popular.

The original rendition of the song features simple instrumentals, taking on a folksy feel that was fitting for the film. Few have ever dared to remake it, though it was reimagined by Eric Church for a Miller-themed tribute album in 2018.

Church changed up the song just a bit, giving it a “swampier” vibe than its predecessor. The result was a unique rendition that still honored the feeling of Miller’s original.

When it came time for Hardy to perform the song, he also decided to give it his own twist. Since Hardy is known for a naturally gritty voice, he chose to reinvent the song in a more rock-like arrangement.

The result was something that impressed the judges and viewers. Katy Perry and Luke Bryan both told Hardy that his performance of “Oo-De-Lally” proved he could win the show.

Viewers were thoroughly enchanted by Hardy’s charming performance as well. People flocked to Twitter to express how the 18-year-old singer had won them over with his rendition of the beloved Disney classic.

“Nothing but smiles tonight for me!” wrote one fan in response to Hardy’s performance.

Just voted the max for @TheLaineHardy on @AmericanIdol!!!! Disney night was a success! 😍😍😍

Hey, @Disney, if y'all ever do a photorealistic remake of Robin Hood, I think @TheLaineHardy just earned the Alan-A-Dale part. Right, @AmericanIdol? #DisneyNight #AmericanIdol

Disney Night on #AmericanIdol is pure magic! @WalkerBurroughs and @TheLaineHardy did so well! Nothing but smiles tonight for me! ❤️

@AmericanIdol @TheLaineHardy @MadisonV tonights winners. This is the 1st episode ive seen all season. Disney night has me obsessed

You’ll also find yourself smiling when you watch Hardy sing “Oo-De-Lally” in the video below. He managed to make his way into the Top 8 with this performance, if that gives you any clue as to just how good it is.

Is there anything this kid can’t sing? He always amazes us!