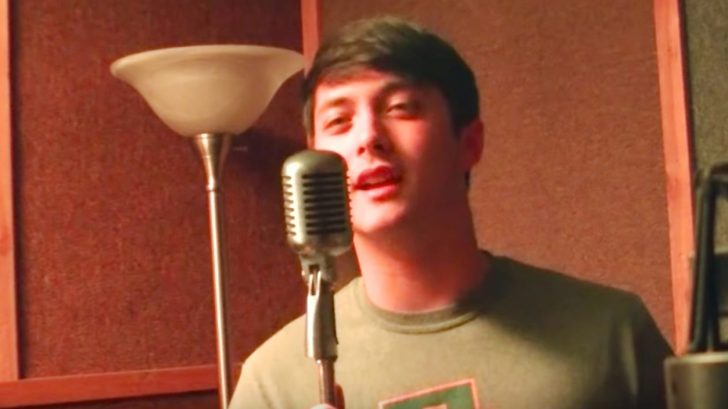 The Idol Who Earned A Second Chance

Second chances are well worth their weight in gold. That’s something that one young American Idol star has learned through experience.

Louisiana native Laine Hardy is one of the standout stars from the second season of the rebooted Idol. But many who have found themselves hooked on his performances don’t remember that they’ve actually seen him on the show once before.

Hardy was also a contestant during the reboot’s first season, and made it all the way into the Top 24. Although the judges were impressed by his talent, they detected a lack of confidence in the young singer, and eventually decided to send him home.

After being eliminated from the show, Hardy worked on strengthening his voice and his confidence. He released a short album titled In the Bayou and filled his YouTube channel with cover videos.

With everything he had on his plate, competing on Idol again was likely the last thing Hardy had in mind. But that all changed in an instant when he agreed to help a friend, Ashton Gill, by playing guitar at her audition.

The judges were thrilled to see Hardy had returned, and begged him to audition as well. He eventually gave in, and his performance earned him a second chance on the show.

Hardy accepted the golden ticket the judges offered him, and from that point on completely devoted himself to the competition. It soon became clear that he was no longer the shy singer that had competed the prior season, but rather a well-rounded performer with serious stage presence.

He eventually found a place in the Top 20, and charmed everyone with a cover of a Sam Cooke classic.

You’ll Never Believe That He Used To Be So Shy

But before Hardy was making Katy Perry go gaga over his Cooke cover, he was covering another swoon-worthy hit this one being made famous by Elvis Presley…”Blue Suede Shoes.”

Carl Perkins was actually the first artist to record the classic song, with others such as Buddy Holly and Eddie Cochran offering up their own renditions. But Presley’s recording has stood the test of time as the most recognizable, which is why he is often credited whenever anyone covers the track.

Hardy proved his talent by recording his cover of “Blue Suede Shoes” at home, as you can see in the video released to accompany his cover. He also plays guitar throughout the video, showing how he’s multi-talented as an entertainer.

Watching Hardy sing in this video, you’ll find it hard to believe that he was once booted from Idol due to a lack of confidence. He seems so sure of himself here! And, if you’ve seen him on his second season of the show, he seems even more confident now!

Go ahead and tune in to the video below to watch this Idol standout cover one of Presley’s all-time greatest tracks. This proves that Hardy was born to be a star!