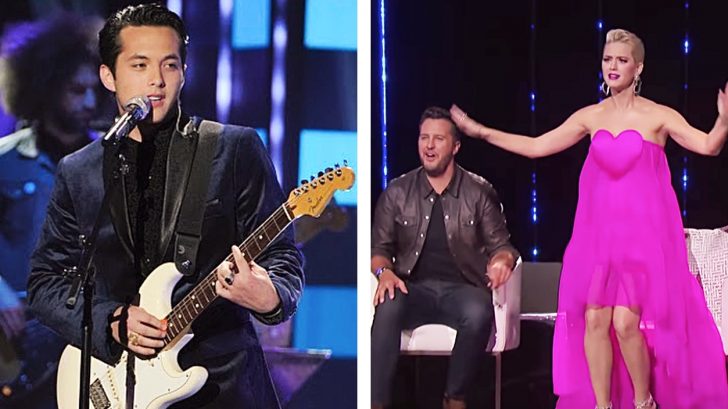 There’s one thing you can count on this season of American Idol – there is absolutely no lack of talent. Day in and out, aspiring stars have taken the stage leaving each of the judges speechless with their unique sound. While several of the singers are new to the Idol stage, one rockstar came back for a second chance and fans are losing it.

Laine Hardy of Louisiana is back for another season of the hit singing competition and better than ever. Hardy originally had no intentions of auditioning for Season 16 but after the judges noticed him, they couldn’t help but pass off a golden ticket. Since then, the handsome young singer has been tearing up the stage with his rockin’ and lively performances.

Tonight. 8/7c. ABC network. Watch!!! Will I be in the top 20? Or will I be going home? You’ll have to see! Last year I was cut at this round #americanidol #disneyaulaniresort

During the Top 40 getaway in Hawaii, Hardy performed the Beatles’ classic, “Come Together.” From the moment he walked out on the stage, the judges and the crowd went wild. His raspy vocals and rowdy attitude set the perfect tone for the vibe he wanted to give off going into the competition.

Now, Hardy is keeping up his classic covers in the Top 20 Solos with his rendition of “Bring It On Home to Me” by the King of Soul, Sam Cooke. Hardy began his performance with a soft and slow intro before cueing the band in for some rock and roll. His rough vocals paired with his sly dance moves will send you back to the 60s.

Plus of course, he even got the judges to dance.

Following his performance, the judges only had positive things to say about his talent. Katy Perry told Hardy that he was “literally commanding the stage.”

Luke complimented the young singer on how far his voice has come even with just a year. Continuing on that he was excited because he felt like Hardy was doing everything in order to take home the cake from this competition.

Talk about a compliment!

Very high hopes for Laine this season! Wishing him the best of luck.

Check out his performance below.