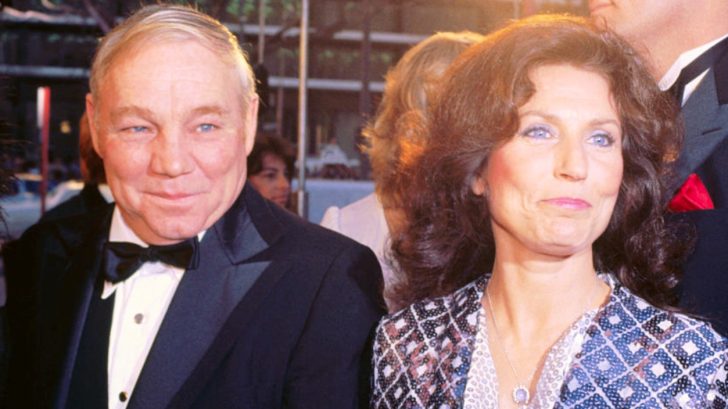 One Of Country Music’s Most Iconic Marriages

Loretta Webb was just a teenager when she decided to marry 21-year-old Oliver “Doo” Lynn after just one month of knowing each other. Their marriage would be tested countless times, but six children and many years later, the two were still devoted to one another.

@LorettaLynn's singing around the house led to her husband Mooney to buy her a guitar so she could play as she sang. He later helped her get engagements by bragging that his wife could sing better than anyone, other than Kitty Wells. #MemberMonday pic.twitter.com/vicFhwT8TD

The couple was married for 48 years before Doo passed away on August 22, 1996. Loretta never remarried, and has spent the past few decades looking back on the memories she made with Doo.

As mentioned earlier, although the Lynns’ marriage was full of love, it wasn’t without its fair share of trials. Doo had a reputation as a drinker and a womanizer, which of course, bothered Loretta.

But instead of remaining silent, Loretta used her husband as inspiration for some of her feistiest and biggest hits, such as “Fist City” and “Don’t Come Home A-Drinkin’.”

He Inspired More Than A Few Songs

Another one of Loretta’s songs that Doo inspired was 1985’s “Wouldn’t It Be Great.” The track appeared on her album Just a Woman, and was later re-recorded by Loretta, Tammy Wynette, and Dolly Parton for the 1993 album, Honky Tonk Angels.

From the get-go, the song addresses Doo’s struggles with alcohol, with Loretta singing the opening line, “Wouldn’t it be fine if you could say you love me, just one time with a sober mind?”

Although Loretta wrote many songs for Doo in the years prior, “Wouldn’t it Be Great” was the last one she ever wrote for him. Despite that, she tried not to sing it when he was around.

“I always liked that song, but I never liked to sing it around Doo,” Loretta said in a press release concerning her new album, which is named after and features an updated rendition of the track.

Wouldn’t It Be Great – Out September 28

Before my stroke last year I had been working hard on a new album and was so excited about it. This new record means so much to me, but this last year I had to focus on my health and decided to hold up the release. It’s been a tough year, but I’m feelin’ good now and look forward to it comin’ out. It was really important to me to be a part of it being released and I’m excited to celebrate it with all y’all. I hope you love it and I hope you'll help me tell everybody about it! Take a listen to the first song, “Wouldn’t It Be Great?” and get ready for the album comin’ on September 28! https://lorettalynn.lnk.to/WIBG_video

What Made Her Finally Sing It To Him

But as Loretta shared, she finally sang “Wouldn’t It Be Great” to Doo when he was on his deathbed. This is something that she revealed in a post on Twitter.

This was the last song I ever wrote for Doo. I sang it to him when he was dying. “Wouldn’t it be fine if you could say you love me, just one time, with a sober mind? Wouldn’t that be fine? Now, wouldn’t that be fine?” Listen here https://t.co/u840hOsXqE #WIBG pic.twitter.com/lur2eCJkmp

Ahead of the Wouldn’t It Be Great album release date, Loretta wanted her fans to hear the updated rendition of its title track. You can enjoy the full audio clip below.

If you’ve never heard the song before, you’ll be amazed by the details that Loretta packed into the lyrics. This is something that her daughter and the album’s co-producer, Patsy Lynn Russell, praised in a press release.

“That song just always meant so much to me because of the lyrics…it was just so powerful and was a song that needed to be recorded for this album...” she said.

You’re sure to agree with Patsy. Loretta’s updated rendition of this meaningful song is definitely “great.”