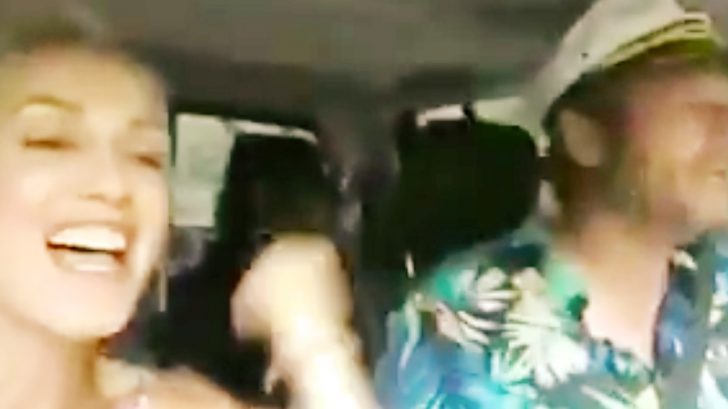 In the four years that Blake Shelton and Gwen Stefani have been together, the two have collaborated on a number of occasions. Their first collaboration was a duet titled “Go Ahead and Break My Heart,” a song which they wrote together for Shelton’s 2016 album If I’m Honest.

“Go Ahead and Break My Heart” marked Stefani’s first full venture into the country sphere. Through the song, the pop music queen proved that she could also hold her own in Shelton’s home genre.

After that duet went so well, Shelton and Stefani decided to collaborate yet again, only this time for one of Stefani’s albums. Along with Shelton, Stefani penned a little song titled “You Make it Feel Like Christmas,” which went on to become the title track of her first Christmas album.

That song is more pop in style, though the addition of Shelton gave it just a touch of country flair. Since then, the couple has recorded one more song together…their #1 hit from 2020, “Nobody but You.”

After being with one of country music’s leading stars for a while, Stefani has surely received a crash course in the genre’s greatest hits and artists. So it should come as no surprise that she once proudly sang along with Shelton to an upbeat track made famous by one of the greatest country groups ever…the Nitty Gritty Dirt Band.

A clip recently resurfaced of a giddy Stefani and Shelton engaging in a full-on carpool karaoke duet to the Nitty Gritty Dirt Band’s “I’ve Been Lookin’.” Shelton, wearing a tropical shirt and sailor’s cap, started off singing alone before Stefani joined in.

Stefani’s voice soared above Shelton’s, as she enthusiastically sang along to the song’s upbeat chorus. She even showcased a bit of a country twang in there!

Go ahead and watch the couple’s cute carpool karaoke video in the clip below. Wonder if they’re working on any other country duets in the future? They clearly love singing country music together!

Ugh my favorite couple ever pic.twitter.com/bqszSHMZpL