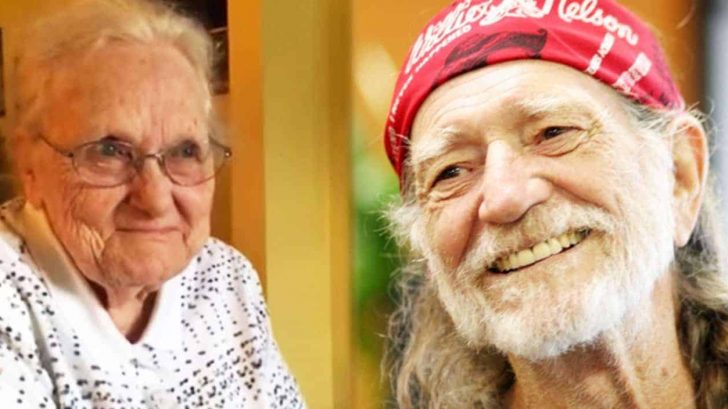 92-year-old Lyndel Rhodes is proof that dreams do come true, regardless of how old you are.

Long ago, Rhodes had written a song that was very near and dear to her heart titled “Little House On The Hill.” In October of 2016, Rhodes’ son, famed songwriter and producer Buddy Cannon, assisted in making his mother’s dream of becoming a published songwriter come true.

Because he worked closely with Nelson, and obviously knew of his mother’s song, he felt like Nelson was the right person to record it so he pitched it to him. “Little House On The Hill” became the lead-off track for Nelson’s 2017 album God’s Problem Child.

To celebrate her first writing credit, Cannon filmed Rhodes’ reaction to the recording one day at her house. You can hear the song playing in the background when he asks her, “What are you listening to?”

Rhodes says, “Little House On The Hill” and admits that she had “tried to” write the lyrics. As her son asked her who was singing her song, she responded by mumbling in the most lovable voice, “Mister Willie.”

As Nelson’s voice flooded from the speakers, a head over heels Rhodes began singing along to the song. Despite her cracking voice and fading vocals, the woman gave the duet her all for the short few seconds it lasted.

The camera panned down to the woman’s feet, which were bouncing up and down in her red slippers in excitement. It was perhaps the cutest part of this video!

This heartwarming video is guaranteed to bring a smile to your day. Enjoy it below!