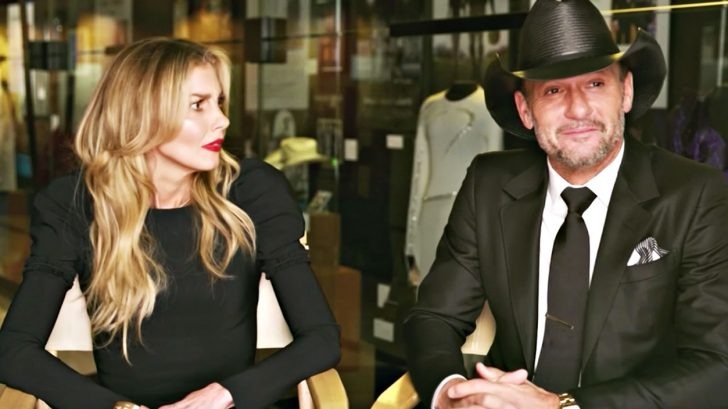 Sitting in front of their own Hall of Fame exhibit, these two country singers opened up in a brand new interview that was going swimmingly until Tim McGraw let something slip out that didn’t quite please his wife.

McGraw and wife, Faith Hill, have been on their massive Soul2Soul World Tour for the majority of the year and amidst all that hustle and bustle, they released their first full album of duets. Simultaneously, they helped the Country Music Hall of Fame craft a special collection and exhibit that documented their incredible strides as country frontrunners.

In this seemingly-simple Associated Press interview, the power couple opened up about their new duets album and the process that it took to create it. While they often agree on things, there were different parts of the album creation that they squabbled over – and Hill admits that she knows how to “make him laugh…and piss him off!”

Said in playful banter, McGraw followed up her coy remark with something that left his wife shocked and baffled right in front of the camera.

“She can do that…but I know how to clear her out of a vocal booth, too!” He said with a smirk crawling across his face, implying he would fart inside the booth.

“We are so classy,” She said looking at producers and completely flabbergasted. “We’re sorry. We have brought class up into this place tonight…let me tell ya.”

Watch this hilarious moment between these two performers below and let us know if your partner has ever done something like this to you before!