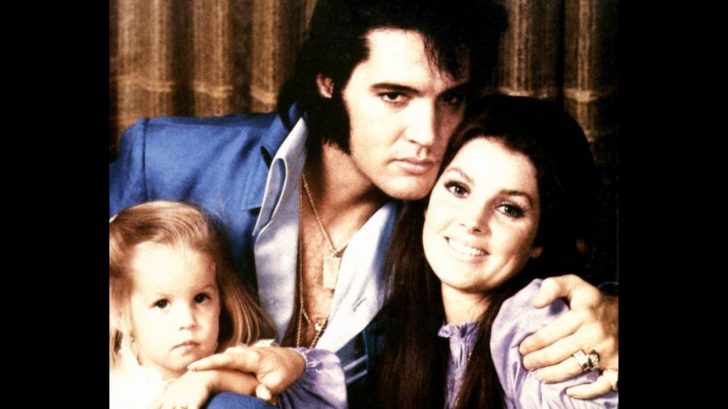 The only daughter of iconic musician and entertainer Elvis Presley – and the sole heir to his astounding fortune – recently revealed her total net worth to the public through a series of documents.

Lisa Marie Presley, the 51-year-old daughter of Elvis and Priscilla, is known for her acting and singing – especially her covers and digital duets with her legendary father. But, what many might not know about her is how much she’s worth.

Just 9 years old when her father passed away suddenly in 1977, Lisa Marie was listed as the heir to Elvis’ massive fortune. The famous singer had left specific guidance for how the fortune was to be used until she turned 25.

According to the terms of the trust, she became the sole heir of the estate and trust fund in 1993 on her 25th birthday. At that time, it was valued at more than $100 million – which would be something like $295 million in today’s dollars.

Over the course of the next decade and a half, Lisa Marie Presley encountered a series of serious financial agreements. Most looked to grow her portfolio of millions by investments and real estate choices.

Her career grew and she began to be the focus of the public after a high-profile wedding to “The Prince of Pop” Michael Jackson a year before she inherited the fortune. They divorced just a few years later.

On August 5th 1994, Michael Jackson and Lisa Marie Presley arrived in Hungary. It was their first public appearance. pic.twitter.com/kJ8E0Pj3JG

She had a successful music career in the early 2000s, and later on, married Nicolas Cage. That was until he filed for divorce just three months later. It was just a short time after the divorce from Cage that Lisa Marie’s financial adviser sold off 85% of her interest in Elvis Presley Enterprises for a cool $100 million. He invested the money into the parent company of the original American Idol series.

Finally, she married Michael Lockwood in 2006 and they were together for 10 years. But, that’s where this starts to intersect with her net worth – and why she’s disclosed it publicly.

In June 2016, she filed for divorce from Lockwood and that same year, the company running American Idol went belly-up – along with her investment in the company.

They seemed so happy together.

At that time, Lisa Marie claimed that her Elvis Trust was left with just $14,000 in cash after the media company went bankrupt and had two mortgages that were dangerously close to default – including a $9 million English estate she picked up in 2012 while married to Lockwood.

Now, during a dispute with her soon-to-be-ex-husband Michael Lockwood, Lisa Marie filed a lawsuit against her former manager for $100 million. She claims he mismanaged her trust and claims she’s more than $16 million in debt – which is why she will not be able to pay Lockwood’s demands for his legal fees that exceed $450K.

In Presley’s suit, TMZ reports, she is pointing the finger of blame at former manager Barry Siegel for poor management of her trust fund and failing to warn her of the financial crisis she was quickly spending her way into.

She claims that the trust fund already had two mortgages that weren’t being kept up, but Siegel didn’t say anything when she went to purchase that fancy $9 million English homestead.

Other legal documents from the divorce show that the $16 million debt load comes from unpaid taxes ($10 million) and the rest is credit card bills and unpaid attorney’s fees.

So, now in 2019 – Lisa Marie’s estimated net worth stands at a (negative) -$16 million after her statements to the court regarding her financial situation.

Watch the video report about how she went from $100 million to less than $0 below.