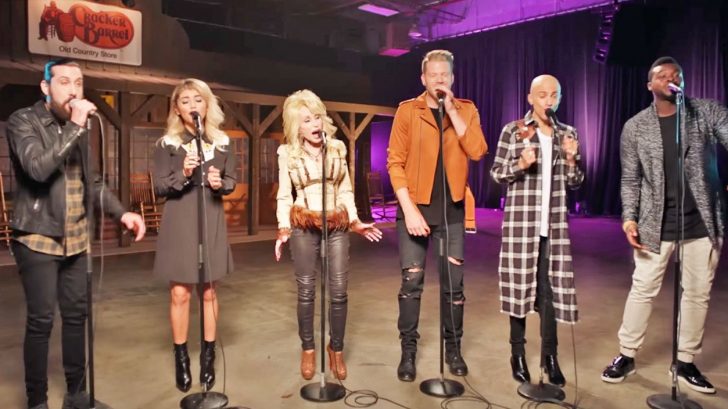 The two musical teams, one of traditional country origins and the other of modern music origins, joined forces to produce the coming of age remix of “Jolene.” Parton takes strong lead of the performance before the members of Pentatonix jump in for separate solos igniting a spark inside the listener’s ear.

Parton posted the video to her Twitter account with the caption “Had lots of fun putting a new spin on Jolene.”

You may remember Pentatonix as the 2011 NBC competition show Sing-Off champions which earned them $200,000 and a recording contract with Sony Music Group. The group’s YouTube channel is one of the most-subscribed to on the platform, and their videos have over three billion views.

Even though its release was decades ago, “Jolene” never really does get old. Watch the revamped version of the song in the video below and be sure to let us know what you think in the comments!