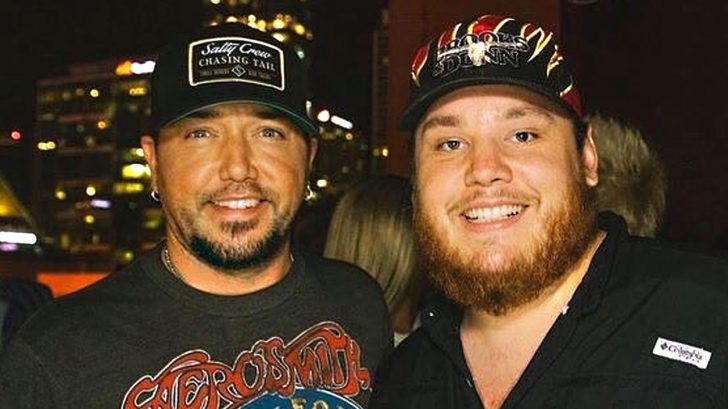 Country icon Jason Aldean has just wrapped up in 2018 High Noon Neon Tour. The summer tour made stops throughout 34 of America’s favorite cities. The inspiration for the tour name came from a song off his latest album Rearview Town. Aldean spoke about the song,

“It reminds me of the bars I grew up playing in Georgia when I was getting started.”

Alongside Aldean were some awesome country talents as well.

“Ladies in the 90s” singer, Lauren Alaina accompanied Aldean by opening up the show for him. Another incredible vocalist, Luke Combs, was an opening act as well. The country trifecta tore up stages across the states until the last date in September.

Although Aldean was headlining the show, fans couldn’t have been more excited about Combs being an opening guest. Combs, who released his first single, “Hurricane” in 2015 has had a quick rise to fame. Nashville has had open arms to the North Carolina native with an unforgettable voice. Since then, Combs has had all four of his singles hit No. 1 on the Billboard country chart.

What a night last night. I’m a lucky guy. Fans, thank you.

While on tour with Aldean, Combs got to learn the ins-and-outs of being a big-time country music star. With a series of sold-out shows, the “One Number Away” singer began to follow in some giant footsteps. At the end of the tour, Aldean wanted to express how proud and thankful he was for Combs. So, he got him a little something…

A New Ride Through Nashville

Aldean posted a video to Instagram of him surprising Combs with his fresh new ride; a Polaris Ranger. Aldean explains that Combs just bought some new property and he wanted the young singer to have a toy to enjoy it with. The Polaris Ranger is a red and black, off-roading electric vehicle.

As Combs walks backstage of the arena, Aldean is seen sitting inside the Polaris with a smile on his face. Combs, looking confused as ever, walks closer and excitedly asks Aldean, “What is this?!” Aldean high-fives the singer,

“I just wanted to say thank you man. Yeah, I know you just bought some land.”

Combs quickly responds with “Holy shi*!” Aldean continues to thank Combs his for time on tour and even tells him that this Polaris Ranger is nicer than the one he has at his own home. The two hug and Combs looks beyond thankful.

Having a blast out on the road with my buddy @jasonaldean!