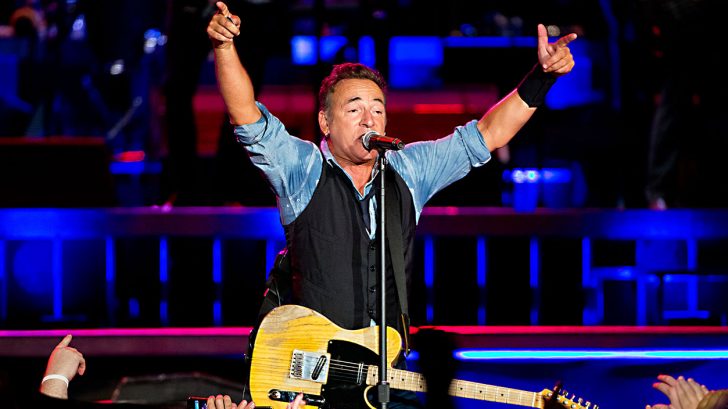 American singer-songwriter and musician, Bruce Springsteen went back to his hometown for a rockin’ rendition of Johnny Cash‘s “Ring Of Fire.” Before he even stepped off stage, the crowd was begging for more!

In October 2017, Springsteen took the music world by storm when he decided to bring his talent to Broadway. Performing at the Walter Kerr Theater, the well-planned production is five nights a week giving his fans the option for an intimate concert that works on their time. Since the beginning, the shows have been a constant success.

And the Tony Award for Best Cake goes to…

Although his Broadway shows were sold-out, the “Born In The USA” singer wanted to pick up the pace for a night. Springsteen joined the punk rock band Social Distortion on stage this past weekend surprising the audience with a classic cover. The band and Springsteen covered Johnny Cash’s famous “Ring Of Fire,” making the crowd go wild.

Before coming onto the stage, Social Distortion hinted that “someone” might appear on stage to do a song or two alongside the band. Out walked the legend himself ready to give the audience the fired up performance they were waiting for. Springsteen covered two of his hits “Bad Luck” and “Misery Loves Company” before his rendition of Cash’s song.

The crowd sang along to every lyric without missing a beat. Energy filled the Asbury Park as a guitar solo rang throughout the arena; starting and ending the performance.

Check out this jaw-dropping performance by the music icon himself!