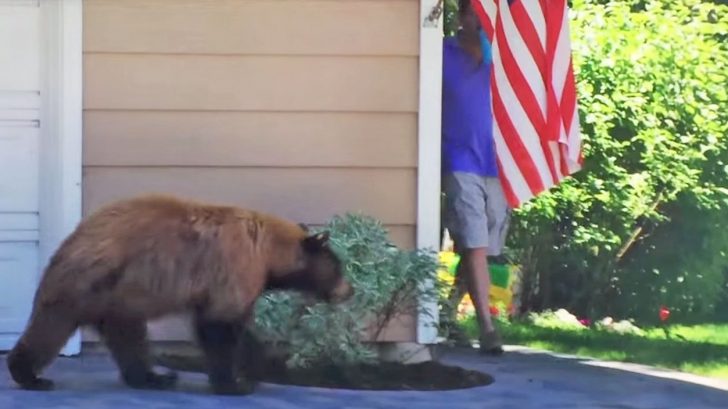 Going along with the age old saying “animals are more scared of you than you are of them,” this giant grizzly bear ran in fear at the mere sight of a human.

The two are casually going on with their days when they both round a corner of a suburban home and almost meet in an untimely head-on collision. Basically, bear sees man, man see bear, both run for their lives!

There are 1,800 brown bears currently residing in North America across 48 states with a hefty majority living in Alaska, so there is not much cause for concern of running into one of them in your average suburban neighborhood.

A bite from a grizzly bear can crush a bowling ball.

Don’t worry – neither man nor bear were hurt during the making of this video!

But it’s safe to say that these two won’t be forming any Jungle Book like bond anytime soon.

You can watch the hysterical video below and be sure to let us know what you think!