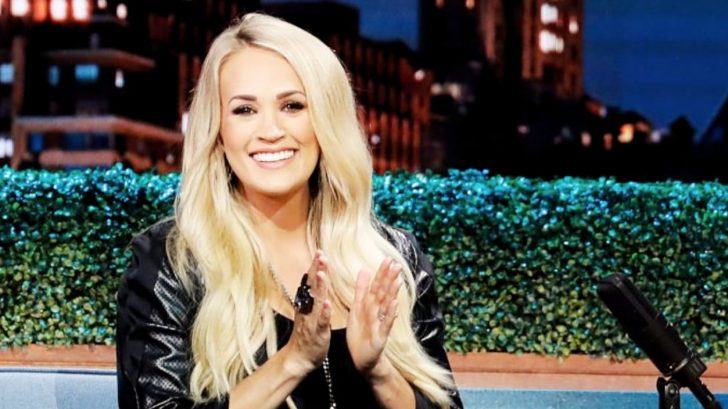 Two days later, Carrie and Mike took to social media to share the happy news along with a few photos of their new bundle of joy. It was clear that mom, dad, and big brother were smitten with their new addition.

Jacob Bryan Fisher entered the world in the wee hours of the morning on Monday…his mom, dad and big brother couldn’t be happier for God to trust them with taking care of this little miracle! Our hearts are full, our eyes are tired and our lives are forever changed. Life is good…

Jacob Bryan Fisher! You are a gift from our Lord! The last few years has has had its challenges and it makes this moment even more sweet! We didn’t know if Izzy would ever have another sibling but we learned through it all that God is in control and his timing is perfect! He is good all the time even in the difficult times that are hard to understand. #grateful #miraclebaby

Fans were surprised that the couple was willing to share as many photos as they did, and that they showed Jacob’s face. The two have been cautious about how many photos they share of Isaiah, and often don’t show his face.

In fact, when Isaiah was born, Carrie and Mike only shared a single photo, and it showed nothing but his hand and part of his face.

But although Carrie and Mike decided to share a few more photos of Jacob when he was born, they refrained from sharing any more. Three months passed, and still no new photo of Jacob had been shared online by either Carrie or Mike.

Fans did get the chance to briefly see Jacob in a video that Mike shared in February. The video shows Carrie holding Jacob while singing “Happy Birthday” to Isaiah after breathing in some helium from a balloon.

Until recently, that video was the only time fans have seen Jacob since his birth. Finally, Carrie chose to share a photo of her little one on social media, posting the adorable snapshot on Thursday (April 18).

Although the photo does not show Jacob’s face, it’s still as cute as can be. You can see nothing except for his little baby feet, which Carrie is clearly in love with.

While we’d love to see more photos of Jacob in the future, we respect Carrie and Mike’s decision to keep their kids out of the spotlight. Maybe Carrie will be willing to share a few more photos of him now, but if she doesn’t, we’re alright with that!

Carrie and Mike didn’t share that many photos of Isaiah in his first year. But they did hang on to a few of their favorites and later included them in a video montage that played during Carrie’s Storyteller tour. That montage supported her song “What I Never Knew I Always Wanted,” and it was precious.

You can catch those rare photos of Isaiah in the video below. How sweet would it be if they did something like this with Jacob’s photos one day?