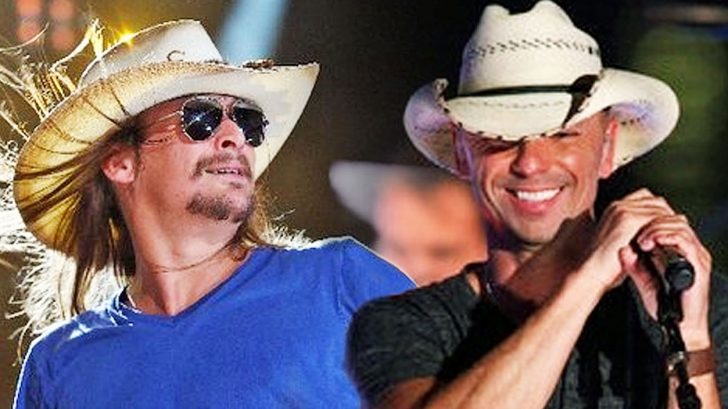 Kenny Chesney had a huge surprise in store for the crowd that gathered for one of his concerts in Detroit. He had a special guest waiting backstage, and he just so happened to be a hometown boy.

So who was the guest? Well, it was none other than Kid Rock!

Had a blast this weekend.. started off in Atlanta & the folks there threw down like they always do! Thank you Georgia!! Photo by @shutter16magazine #kidrock #ATL #americanrocknroll

The crowd was thrilled when Rock made his way out on stage and joined Chesney in a duet of “Cowboy,” which Rock released as a single in 1999.

But their collaboration didn’t end there. Rock and Chesney had one more song in store for fans, and this time it was a country classic.

The ‘Perfect Country And Western Song’

“You Never Even Called Me by My Name” was released by David Allan Coe in 1975 and became his first Top Ten hit. It ended up peaking at the eighth spot on the charts in the U.S., and the fourth in Canada.

It has since earned a status as a country music staple.

Because the song is so well-known in the country community, many of the people in the crowd could be heard singing along to it with Rock and Chesney. Well that is, when they weren’t screaming at the top of their lungs.

The excitement in this crowd was so strong that you can feel it yourself from just watching footage from the performance.

Of course, we completely understand why the crowd was in such a frenzy. First of all, how awesome must it have been to see one of your hometown heroes perform on stage with one of your favorite country artists?

And then, to add the icing on the cake, they start singing a country classic. That sounds like a recipe for good entertainment.

You can watch part of Rock and Chesney’s performance in the video below. Once they finish singing, they walk off stage together with their hands raised in triumph. Job well done you two!