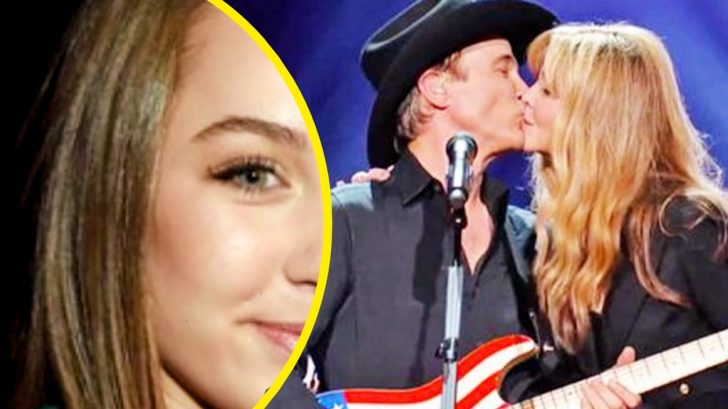 On New Year’s Eve in 1990, a beautiful young singer/actress named Lisa Hartman attended a country concert with her mother. The artist performing that day was Clint Black, who already had multiple #1 hits to his name, including “Killin’ Time” and “A Better Man.”

After the show, Lisa got the chance to meet Clint, and sparks flew right away. The two began a whirlwind courtship, and were married the following October.

"You Still Get To Me" 25 years later Lisa Hartman! Smartest thing I ever did was marry you! https://t.co/okiqdpADxE pic.twitter.com/6XjjYSEfeA

Eight years later, the two collaborated on what is now known as one of the greatest country duets of all time. Titled “When I Said I Do,” the song takes on the tone of wedding vows and has Clint and Lisa pledging their never-ending devotion to each other.

The song was a number one hit on the country charts and was also a crossover success, peaking at the 31st spot on the Billboard Hot 100. It later went on to win the award for Vocal Event of the Year at the 1999 ACM Awards.

Two years after the release of “When I Said I Do,” Clint and Lisa welcomed their next great creation…their daughter.

Lily Pearl Black was born on May 8, 2001. Her birth inspired her father to write and release a new song, titled “Little Pearl and Lily’s Lullaby.”

Even though Lily is her parents’ first and only child together, fans didn’t get the chance to see much of her until she was a little older. As Lily grew, Clint and Lisa seemed to be more willing to share photos of her, and fans always loved it when they did.

Time flew by, and sweet Lily just turned 18 years old this year. Fans of her parents have been given more chances to see her than ever before, as she has recently started singing with her father.

But those chances are still few and far between, so we bet it’s been a while since you’ve seen Lily! Well here she is in a photo with Clint that he shared in late 2018, and she looks all grown up and gorgeous.

My daughter, Lily sounds fantastic on “Magical Christmas” from @LFCmusical premiering now at @TheOldGlobe through December 31st! Get your tickets: https://t.co/icyT6Bj5Ho pic.twitter.com/c5sg2sfQ5x

Clint previously shared another photo of his beautiful daughter during the summer of 2018. She joined him on stage to sing Carrie Underwood‘s “Temporary Home,” and Clint said “She did a great job…”

Great to have my daughter, Lily Pearl join me on stage last night in San Diego! She did a great job with @carrieunderwood’s “Temporary Home”! Not an easy song! pic.twitter.com/bCjfA6dLu5

While there sadly doesn’t seem to be any footage of Lily’s “Temporary Home” cover, there’s still a way you can listen to her sing. She recorded a Christmas duet with her father, titled “Magical Christmas.”

The song was released in 2018, giving the greater public the first chance to discover the depths of Lily’s talent.

Her father gushed about her performance in the song, telling CMT, “She loves to dance and act as well, but for me, her musical talents and the qualities of her voice suggest music will be her strength.”

You can hear just how strong Lily’s voice is when you listen to her Christmas duet with Clint in the clip below. It’s hard to believe how fast she grew up, isn’t it?