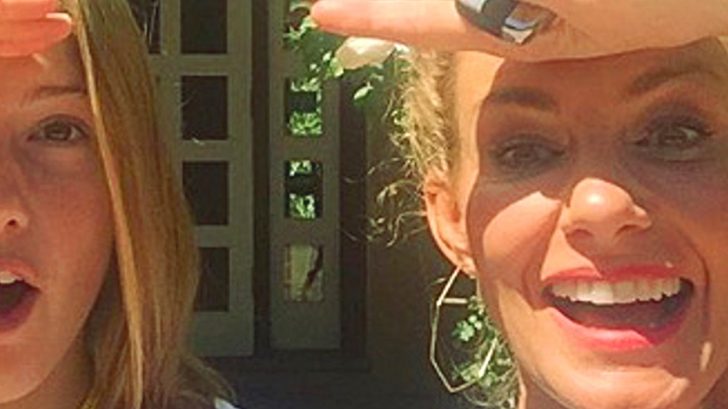 Tim & Faith Look Out For Their Girls

From the moment they welcomed their oldest daughter Gracie into the world, Tim McGraw and Faith Hill made it their mission to give her as normal of a life as possible. They maintained this mission with middle daughter Maggie and their youngest, Audrey, choosing to shield them all from the spotlight.

While other artists had no problem sharing photographs of their children, Tim and Faith kept their girls as hidden as they could. So any pictures of them were a rarities treasured by country fans far and wide.

Tim McGraw And Faith Hill’s Daughters Are Beyond Beautiful, And We’ve Got 10+ Pics To Prove It
They're daughters have stayed relatively out of the limelight their entire lives, until now, the superstars have been slowly showing off their gorgeous girls. https://t.co/cpeJ1euqnN pic.twitter.com/5WVSeoF9pj

As the girls grew older, Tim and Faith became a little less cautious. Gracie and Maggie are both in college by now, and their parents seem more comfortable about sharing photos and videos of them than they do of Audrey, who is still living at home.

Even though Tim and Faith have hardly shared any photos of their girls, they’ve shared just enough for us to pick up on one thing. Maggie seriously looks like she could be her mama’s twin!

Since you surely haven’t seen many photos of her, we gathered some pictures that prove just how similar Maggie looks to her mama. She’s her spitting image, and these pictures make it obvious!

When Faith was unable to attend the American Music Awards with him one year, Tim decided to bring her mini-me Maggie along as his date. Since the photo is a close-up, you can clearly see just how similar Maggie’s face is to her mama’s!

Happy Birthday to Maggie who is 19 years old today!!!!! How is this possible? To one of the most adventurous, funniest and hardworking young ladies I know. So happy to have you home even if it is only for a couple more weeks. We love you!

Want a direct comparison? Here’s one! Faith shared this sweet tropical snapshot in honor of Maggie’s 19th birthday in 2017. You can tell that they have the exact same smile!

Los Poblanos outside of Albuquerque, NM.

Faith accompanied Maggie on her way to college, and documented the entire trip. The photos she shared during that time proved more than ever that her daughter is definitely her twin! Just take this one as a prime example.

Also from their college road trip, this photo shows Faith and Maggie taking a break in Valentine, Texas. With both ladies looking at the camera, you can clearly see the similarities in their faces. There’s no denying that Maggie inherited her mama’s good looks!

As further proof of how similar Maggie and Faith are, just watch the video below of them singing Taylor Swift‘s “Bad Blood” on their road trip. You know what they say, like mother, like daughter!